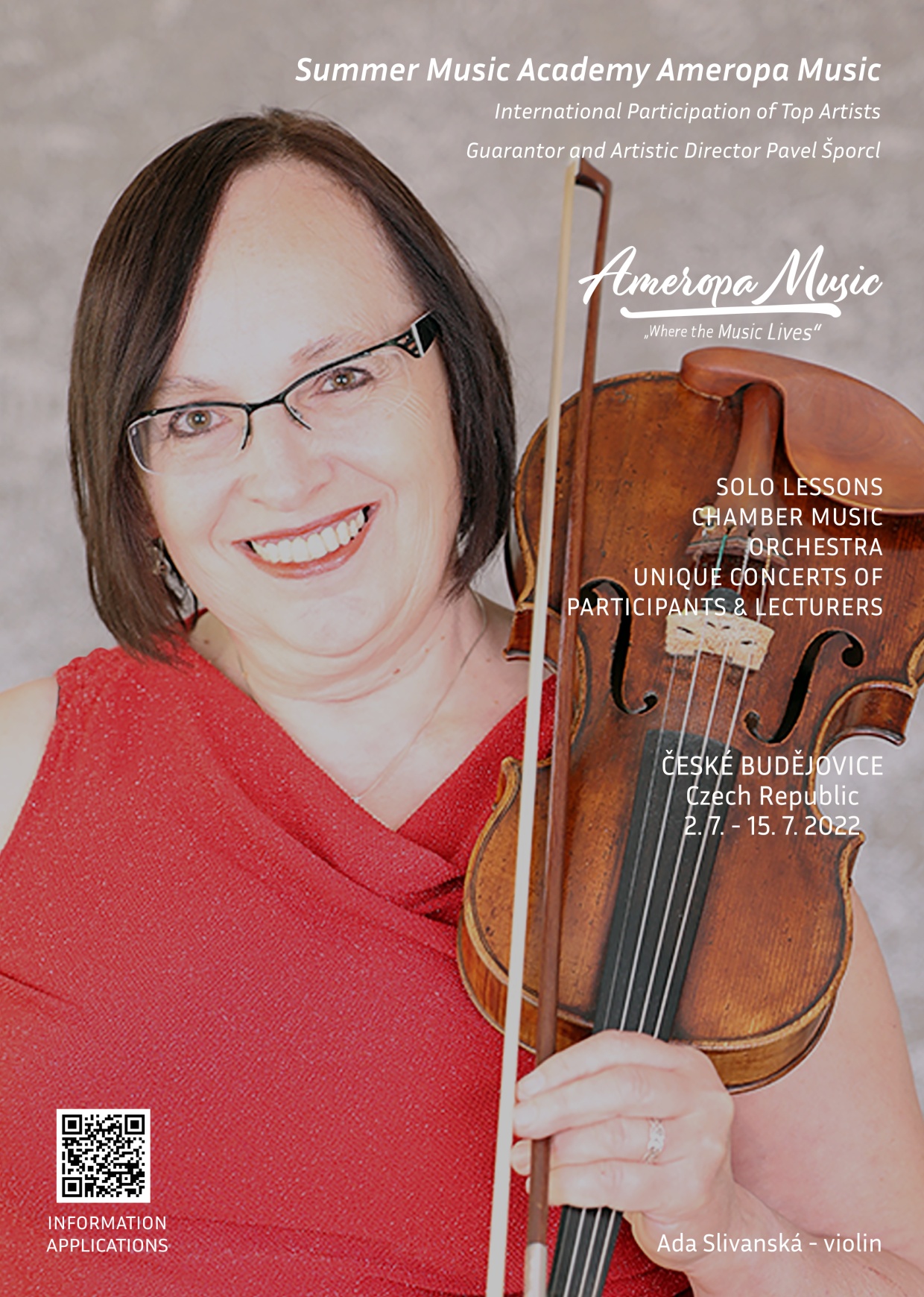 Ada Slivanská is a graduate of Prague’s Conservatoire where she studied violin and composition, and of the Charles University School of Liberal Arts where she read musicology. Even during her studies she established a chamber ensemble named Quartetto con flauto with which she has cut four compact discs and has appeared on many domestic and foreign stages (Spain, Germany, Poland, Belgium, Italy, USA, Japan).

Since 1989 she has also been pursuing managerial and production activities. This is why at present – apart from performing as solo and chamber orchestra player, she was associate pedagogue and adviser conductor of the International Madrid’s Boccherini Festival 2005, Moz-artissimo 2006 and 2007 “ChamberArt” and is manager of Pavel Šporcl and his ŚPORCL ARTS Agency artists.