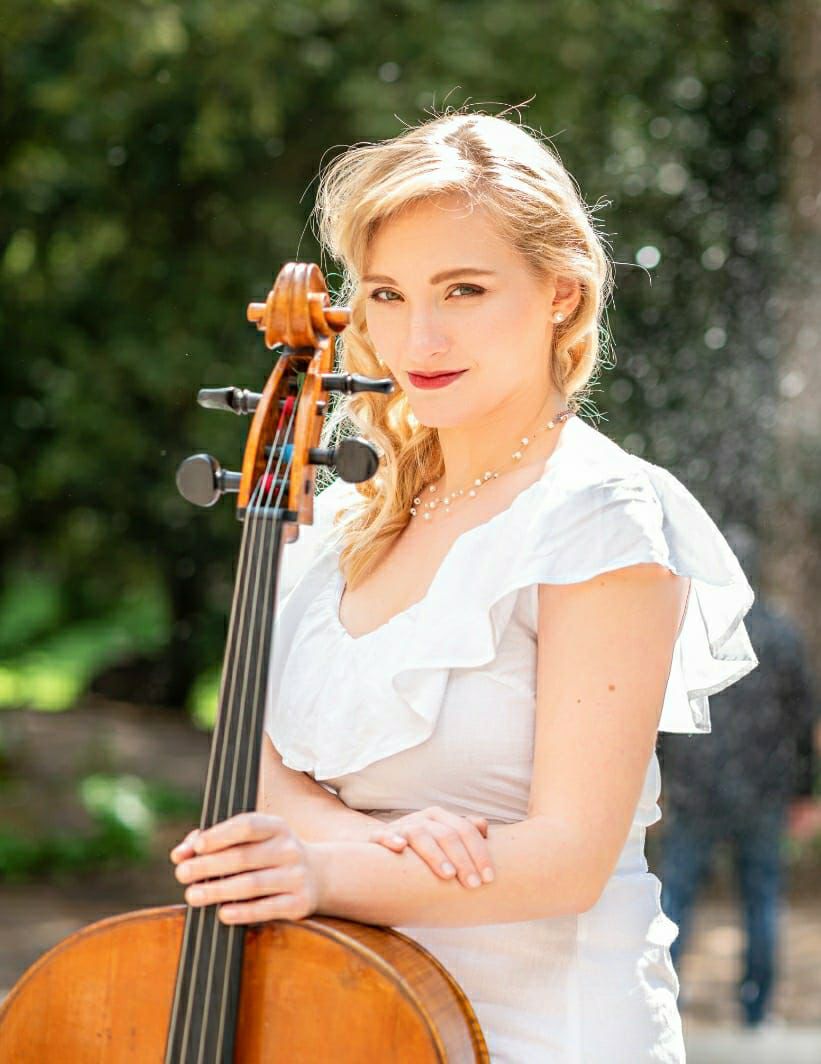 Cellist Dora Hájková (* 1996) was born in Prague, she is a winner of many competitions (e.g. Bohuslav Martinů competition, Leoš Janáček competition in Brno and Gustav Mahler Prize). She works currently as a deputy of the cello concertmaster at the Pilsen Philharmonic Orchestra. Since September 2022 she has also been a teacher at the Pilsen Conservatory.

After she graduated from the Music Grammar School in Prague in the class of Hana Kočí, she studied the Faculty of Music and Dance of the Academy of Performing Arts in Prague at MgA. Tomáš Strašil. She completed her education at the Dresden Hochschule für Musik Carl Maria von Weber at prof. Emil Rovner.

During her studies, she completed two internships abroad within the Erasmus program, namely in Dresden and Detmold, in the prestigious class of prof. Xenie Jankovic. At the same time, she regularly participates in masterclasses with leading personalities of the classical music scene (Jérôme Pernoo, Reinhard Latzko, Alisa Weilerstein, Miklós Perényi, Jiří Bárta, Michaela Fukačová …).

Dora Hájková is a member of several chamber ensembles, especially the string quartet Quarteto Harmonico. She attended orchestral academies of the Czech Philharmonic Orchestra and the FOK Symphony Orchestra, and she also worked in the European Union Youth Orchestra for two seasons. She also collaborates with the Czech Sinfonietta ensemble of Radek Baborák.

Dora Hájková has won awards from several international competitions, including: Dotzauer International Cello Competition (Dresden), David Popper International Cello Competition (Varpalota, Hungary), Talents for Europe (Dolný Kubín, Slovakia) and others. In 2018, she was nominated for the Prague Spring competition. Since the 2019/20 season, she has been included in the List of Young Artists of the Czech Music Fund and she is also supported by the Foundation Artist Life.

She plays the Italian cello Enrico Ceruti 1869, which was lent to her by the National Museum of the Czech State Collection of Musical Instruments.