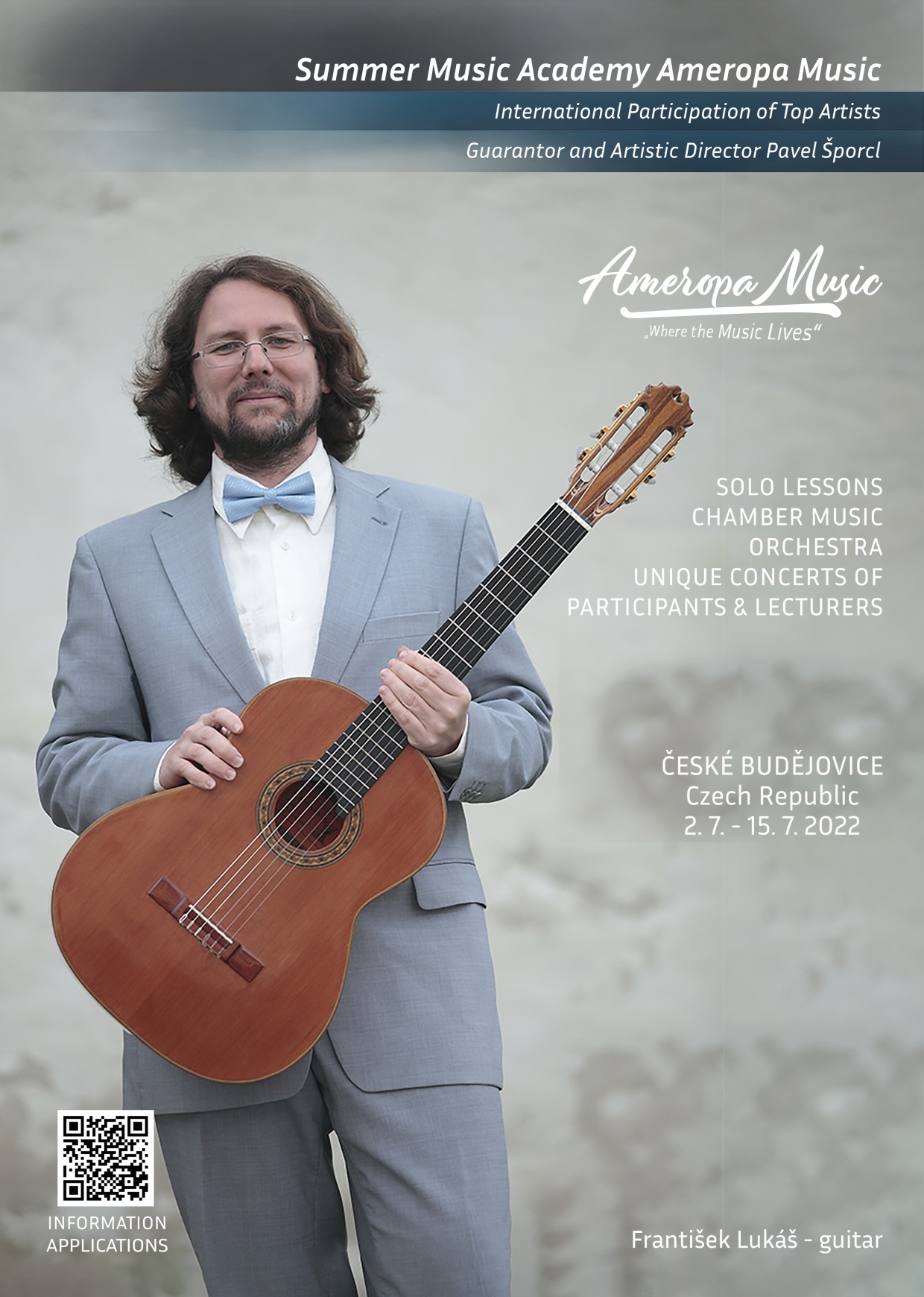 František Lukáš began playing the guitar as a self-taught student at the age 12. He played rock, folk, jazz and only much later became interested in classical guitar and classical music.

Lukáš studied at the Conservatoire in České Budějovice and then continued to study guitar (taught by a professor Štěpán Rak) and composition (taught by a professor Hanuš Bartoň) at The Academy of Performing Arts in Prague. Since 2009, he has been teaching at the Conservatory in České Budějovice. In addition to intensive pedagogical work, he also performs solo concerts and engages in various chamber music. In the field of composition, his scope is very broad ranging from solo pieces through chamber and vocal compositions to orchestral work. As a guitarist and composer he has won numerous awards in both Czech and International competitions (Anglo-Czechoslovakia Trust 2001, Generation 2006, A Temporevue competition 2006, and others…).