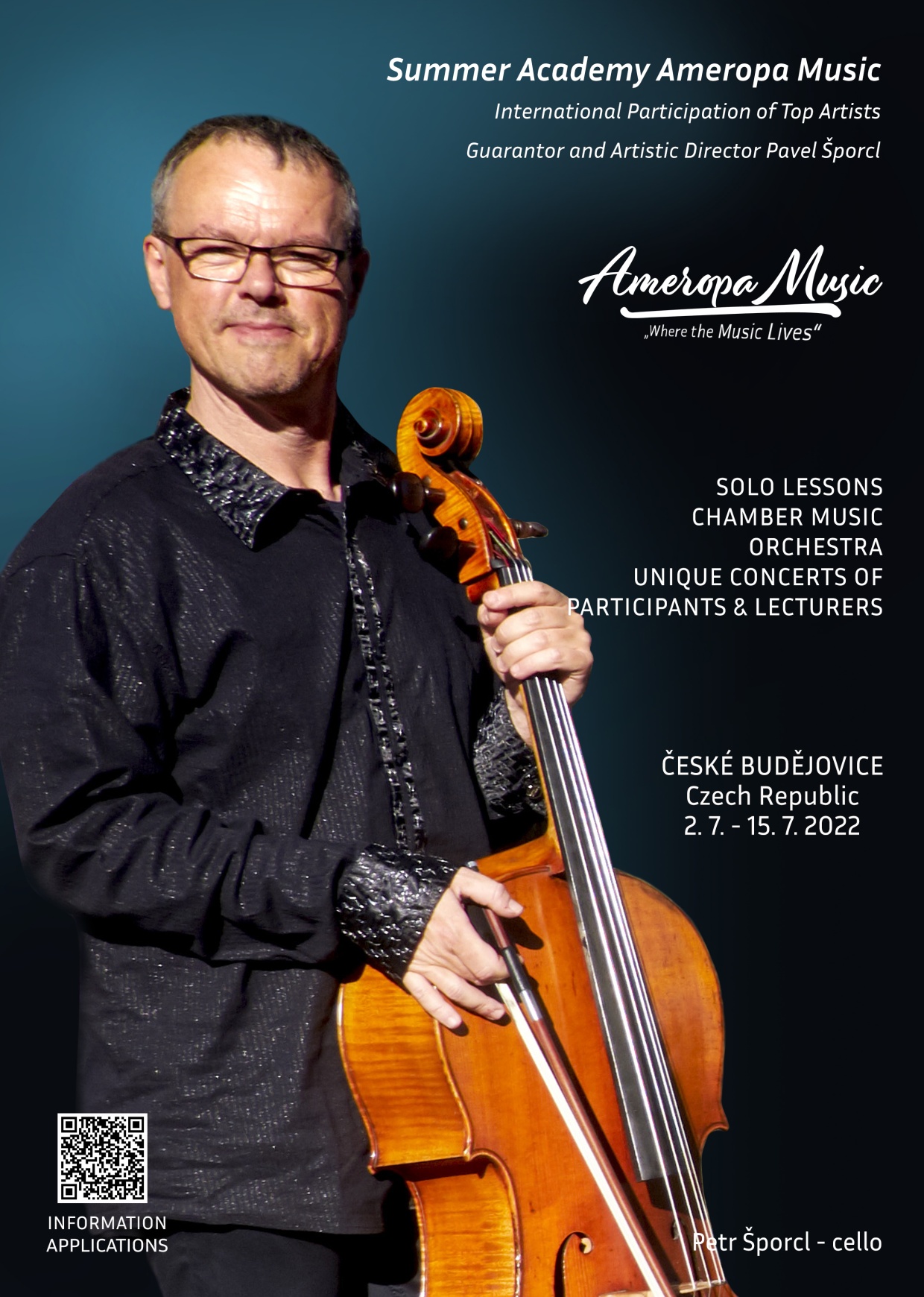 Petr Šporcl is one of the best contemporary cellists on the Czech music scene. He started playing the cello at the age of seven at the LŠU in České Budějovice with prof. R. Weisse. His extraordinary musical talent was evident from an early age and there could be no doubt about his future profession.

He continued his studies at the Prague Conservatory in the class of prof. F. Pišinger and AMU in Prague with prof. D. Veise. During his studies at AMU, he was selected as one of thirty students from all over the world and received a scholarship offer in the USA. He became a student of S.M.U. Dallas, USA. He was a student of Ch. Adkins. He successfully completed his studies in the USA and received an “ARTIST CERTIFICATE IN CELLO”. In 1995 he also successfully graduated from the Academy of Performing Arts in Prague. After that he worked for 5 years as a cello concertmaster of the Prague Chamber Philharmonic and in 1995 he was at the birth of the M. Nostitz Quartet and for two years he was a member of the Škamp Quartet.

Petr Šporcl works as a teacher at ZUŠ Olešská and has been teaching at the Jan Deyl Conservatory since 2012. He performed in the Czech Republic, England, Holland and the USA.