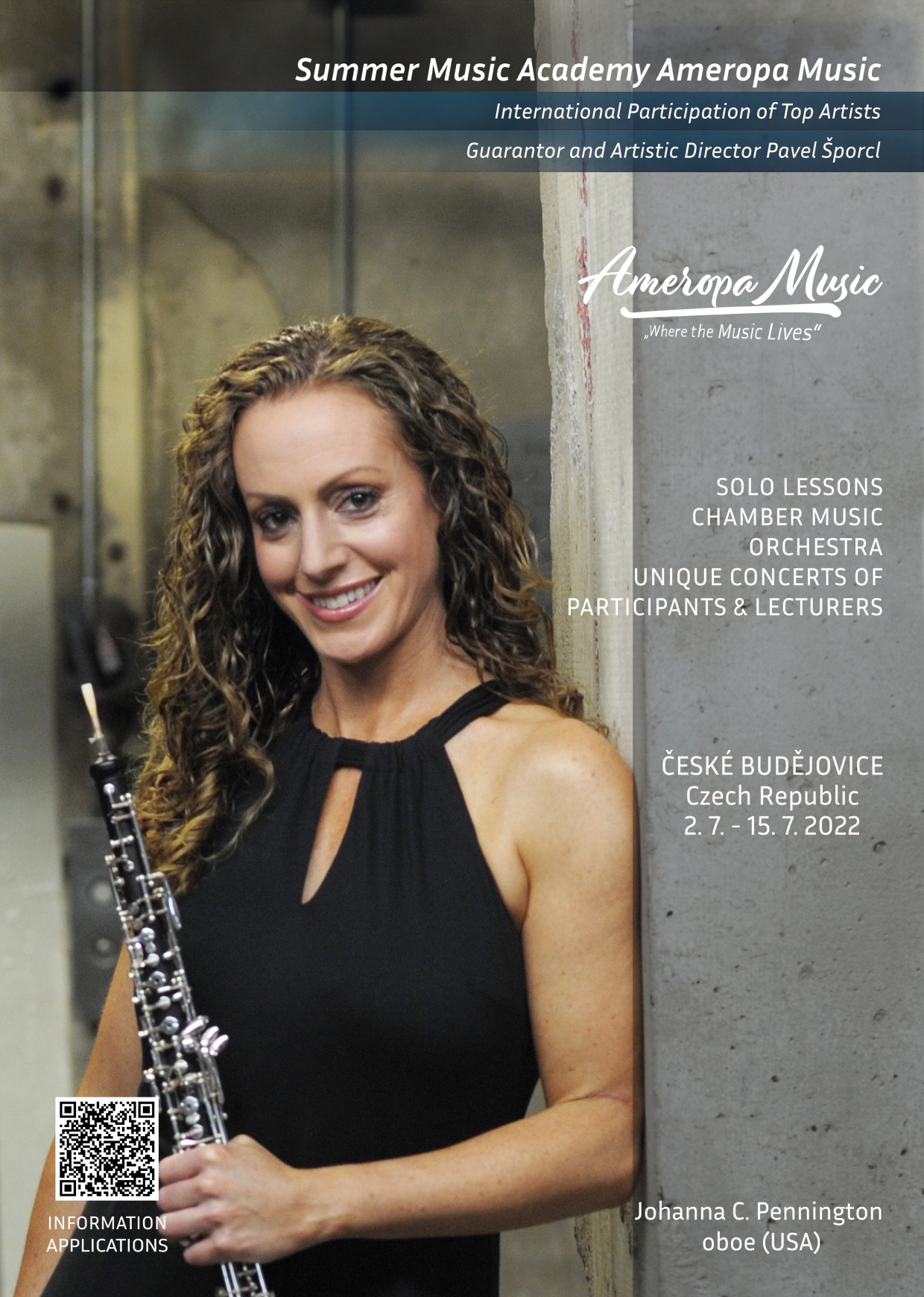 An acclaimed performer and teacher, Johanna Cox Pennington has been the oboe professor at Louisiana State University School of Music since 2011 and a member of the Breckenridge Music Festival Orchestra since 2002. A graduate of Northwestern University and the Eastman School of Music, Pennington was chosen for Eastman’s Freiburg Exchange Program which took her to Germany to study with soloist Heinz Holliger at the Freiburg Musikhochschule. Of her solo debut at Carnegie Hall in 2005, the New York Concert Review stated, “…her technique is absolutely first rate, Miss Cox played with beautiful tone, even in the highest register and at the loudest dynamic. She is an oboist that any orchestra would be fortunate to have on its roster.” Pennington won her first concerto competition in her hometown of Rochester, NY at age 17 and was a featured soloist with the Rochester Philharmonic Orchestra. She can be heard on Albany Records with the Prairie Winds and the Musical Arts Quintet. A spirited musician, Ms. Pennington has performed with many notable orchestras including the St. Paul Chamber Orchestra and Chicago Symphony. She has taught oboe clinics, given master classes, performed as concerto soloist with orchestra and in recitals at major universities, taking her in recent years to Europe, South America, Asia and throughout the US. Ms. Pennington is a productive, highly accomplished performer and researcher whose substantial progress in performing and commissioning music was one of the many reasons she was awarded a prestigious ATLAS grant (Awards to Louisiana Artists and Scholars) from the Louisiana Board of Regents. Albany Records released her first solo CD, “Orion Nocturne,” in August of 2018, which includes music she commissioned and premiered. “Johanna will have a positive impact on the world of music, on those who study with her, as well as those who hear her perform.” –Eastman School of Music.