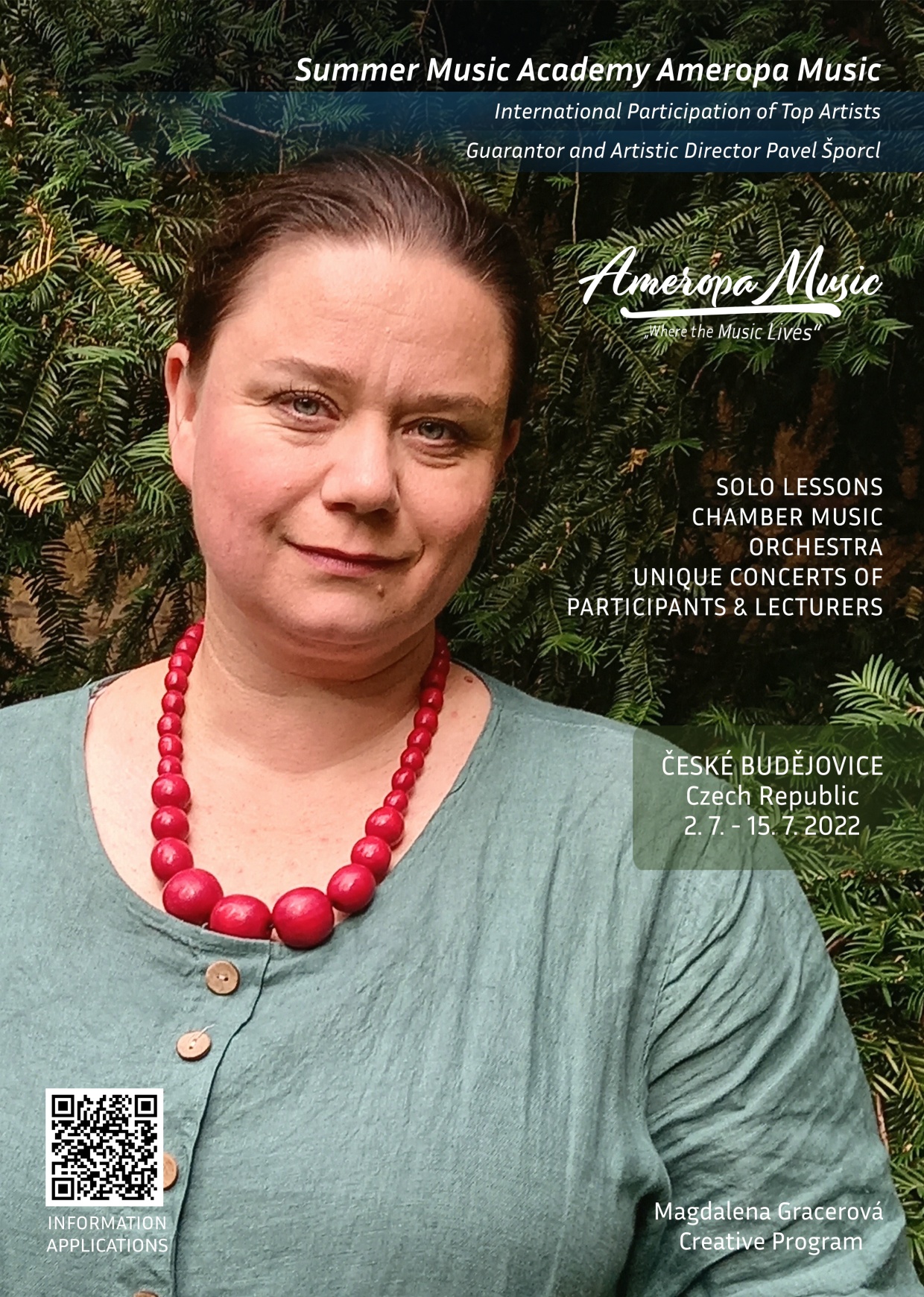 Magdaléna Gracerová Chrzová studied music and drama at the Prague Conservatory and educational playwright at the Theatre Faculty of the AMU. In the years 2000-2001 she completed a drama therapy course in the ASSOCIATION FOKUS PRAHA. As an actress, she has appeared in theatre, television and film.

He has been engaged in pedagogical activities since 1996, first at the Elementary Art School and currently teaches stage language at DAMU, drama education at the Prague Conservatory and theatre clubs at DDM Praha 7.