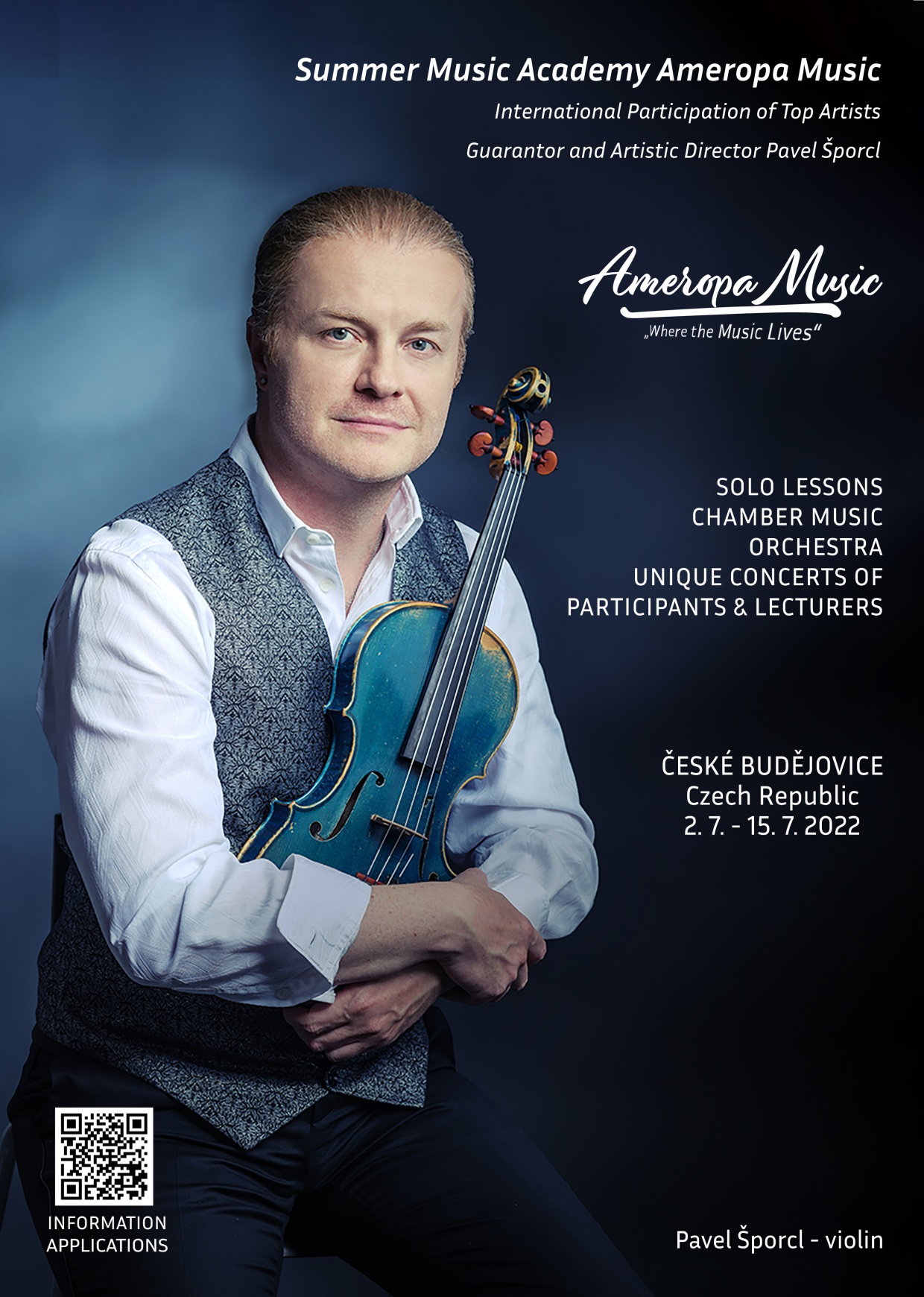 Pavel Šporcl undoubtedly ranks among the boldest Czech artists to enjoy the attention of the media.

Pavel Šporcl has a rare gift. His virtuosity and stirring performance earn him the admiration and recognition of the professional public; his image and opinions attract the attention of the media. Thanks to this combination he tirelessly and successfully engages in the propagation of classical music. “For me, classical music will always come first. I love classical music and give it my all, although I am not opposed to occasional excursions in other directions.”

Pavel Šporcl doesn’t hesitate to make forays into the areas of jazz and pop. All in the name of propagating the broad possibilities of his instrument. He characterizes these projects by saying “a little improvisation and the opportunity to participate in creating the composition is pleasant and inspiring.” He succeeds in reaching a wide range of listeners and especially young audiences. In 2001 the usually reserved Czech media called him “the kind of talent that is born perhaps once in a hundred years…” His casual dress and consistent wearing of his headscarf helped make him clearly identifiable in the media. Further nicknames were soon to follow: “pirate of the concert stage, enfant terrible of classical music, musical warrior.”

Pavel Šporcl is the only Czech violinist of the younger generation to appear in the book Violin Virtuosos: From Paganini To the 21st Century by the respected critic and violin historian Henry Roth. Despite the media hype surrounding him, Pavel orcl remains first and foremost a phenomenal violinist who attracts a broad audience thanks to the quality of his performing. He is a frequent in the prestigious concert halls of Europe, the USA, Canada and Japan. He works with a number of orchestras and renowned composers both at home and abroad.

Pavel’s CD recordings have earned both glowing reviews and local market sales awards. His extensive repertoire includes 45 violin concertos as well as countless sonatas, chamber works and virtuoso pieces. One of his favorite principles is to present music of the 20th century at his concerts as well. Šporcl records for Hanssler Classic, for Universal Music, and previously for Supraphon or Cedille Records.

Šporcl regularly performs internationally, in recent years including London’s Cadogan Hall with the English Symphony Orchestra (“This may just be the finest account of Mendelsohn’s E minor Concerto that I have heard” – Musical Opinion), Germany with the MDR Symphony Orchestra (“Out of this world…It has been a long time since the audience were as enthusiastic as at this concert…the Czech star violinist Pavel Sporcl tore the audience from their seats, cheering…at the cadence of the first movement you could hear a pin drop…the audience were so under his spell, then showed their appreciation with a standing ovation and long minutes of heartfelt applause.” Tageszeitungen Freies Wort), sell-out concerts in Japan, festivals in Europe and tours of the US.