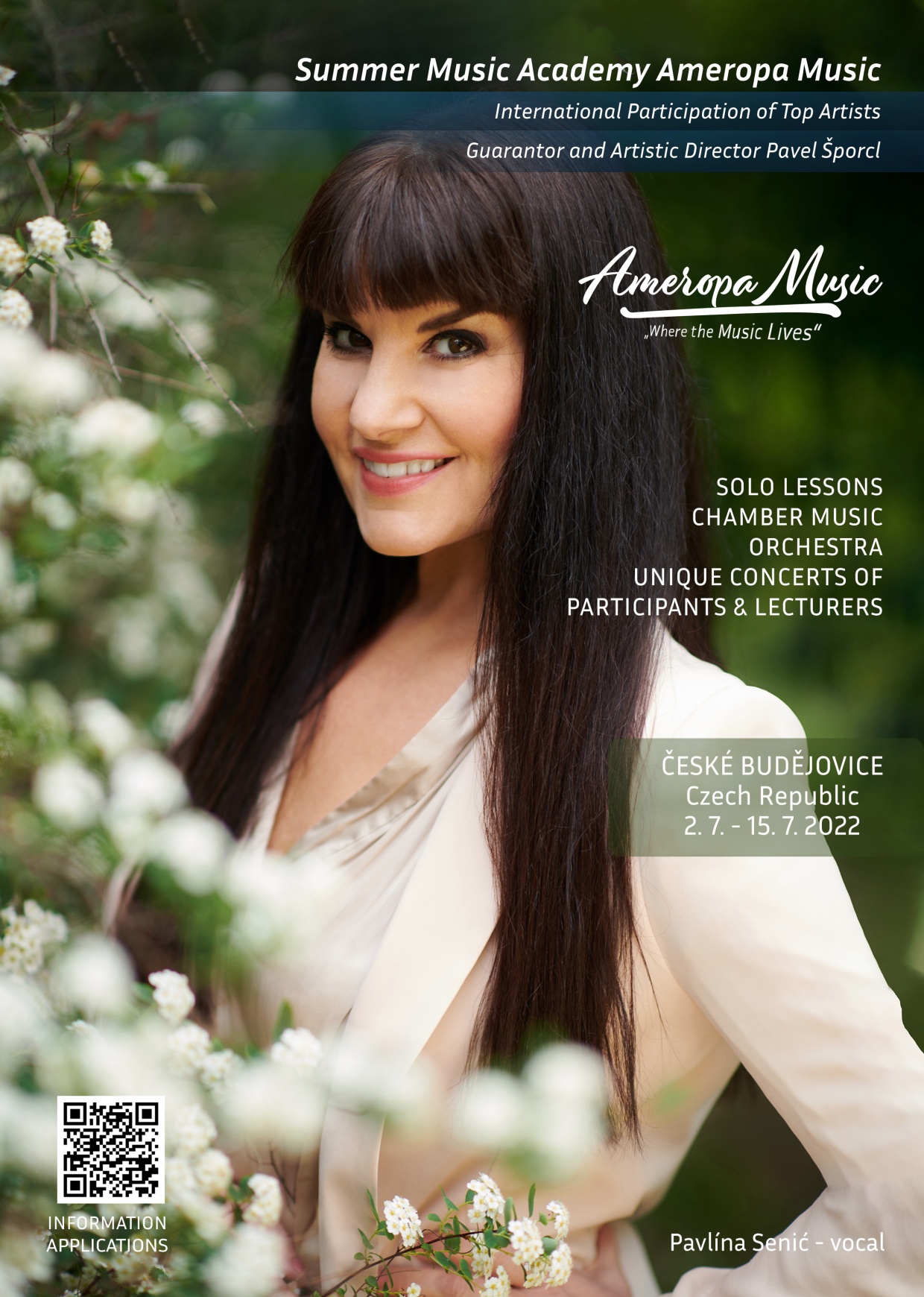 After graduating from the College of Music Academy of Performing Arts in Prague and after she finished her internship at the London Academy Guildhall School of Music, she accepted a position as a member of the Triad Siraels. This group consists of vocals, viola, piano and often perform both domestically and abroad. Their repertoire includes both contemporary and classical composers.

Mrs. Senic is often cast in operettas due her versatility  as an artist, dancer, dramatic performer  or her skills reciting spoken word. North Bohemian Theatre of Opera and Ballet (Countess Marica by E. Kalman), Prague State Opera (Vivat operetta: Countess Marica by E. Kalman, Rosalinda from Die Fledermaus by J. Strauss, Countess Elizabeth from the operetta The Land of Smiles by F. Lehár) and opera roles (First Lady of the opera The Magic Flute W.A.Mozart, Flora from La Traviata by G. Verdi). Last year, Mrs. Senic rehearsed the lead role of Gretel in the opera The Bartered Bride by Smetana, with the Opera and Ballet Theatre in Ústí nad Labem.

It is very important to mention her significant concert activities as well, which include both song compositions and also spiritual music performances. During her career, Mrs. Senic has cooperated with many different chamber orchestras, most notably  with  Czech National Orchestras, The Bohuslav Martinu Philharmonic in Zlin, where she participated alongside her solo performances, in an opera project for children “Yeah Opera, Opera”. Her active involving with chamber music is still ongoing. Since 2008, she has performed at the International Music Festival Znojmo Music. This year, she has been asked to help prepare a program alongside leading Czech quartet “Epoque Quartet.”

In 2013 she released the Christmas album “Christmas House with Pavlina Senica”  and during the same year she also held a successful Christmas tour with the ensemble Musica Festiva.

She is dedicated to charity and outreach work. She regularly participates at special charity projects throughout the year.