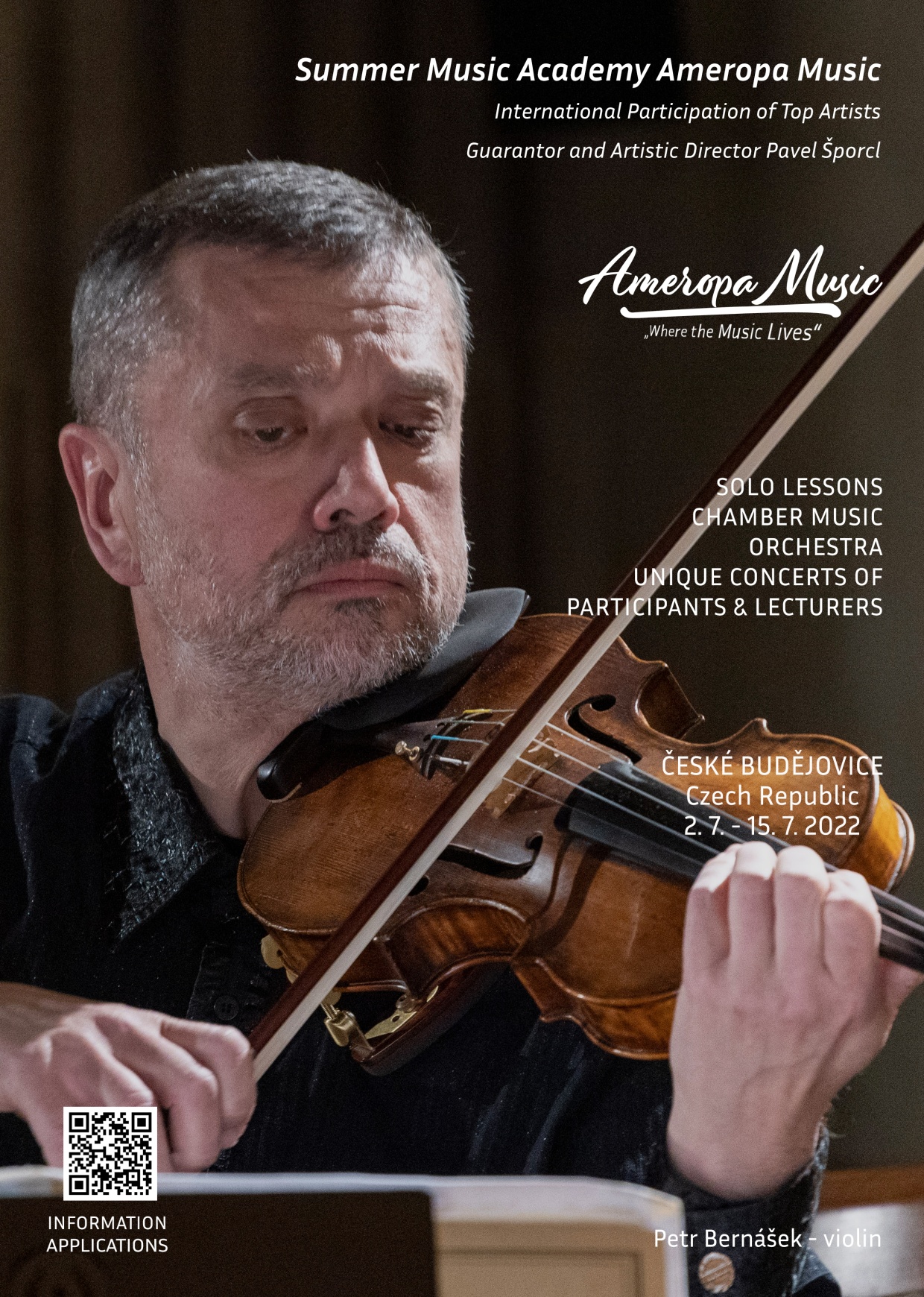 During his violin studies at the Prague Conservatoire, Czech Republic, in the classes of Professors František Anděl and František Pospíšil, Petr Bernášek participated in the Academy of Y. Menuhin in Switzerland under Professor Alberto Lysy. In the years 1992-1996 he continued with his studies at the Academy of Music in Prague, Czech Republic, in the violin class of Professor Jiří Tomášek and in the chamber music class of Václav Bernášek.

During his university studies he participated in a four-month study at CNSMDP in Paris, France, with Professors Jacques Ghestem and Joseph Golan. Under the guidance of the members of the Alban Berg Quartet, he continued to study chamber music together with the M. Nostitz Quartet in Vienna, Austria, in the years 1996-1998. Petr Bernášek is a founder member of the M. Nostitz Quartet, which participated in the International Chamber Music Masterclasses in Semering, Austria, under the Amadeus, Bartok, and Alban Berg Quartets.

Since 1995 Petr Bernášek has been tutoring regularly at the International Chamber Music Courses “La Pellegrina” in Bechyně and České Budějovice, Czech Republic. In the years 2006-2012 he taught violin at the Conservatoire in Teplice, Czech Republic, and since the year 2011 he has been teaching at the Music School of Jan Hanuš in Prague, Czech Republic.

Since 1994 Petr Bernášek has been a primarius of the M. Nostitz Quartet.