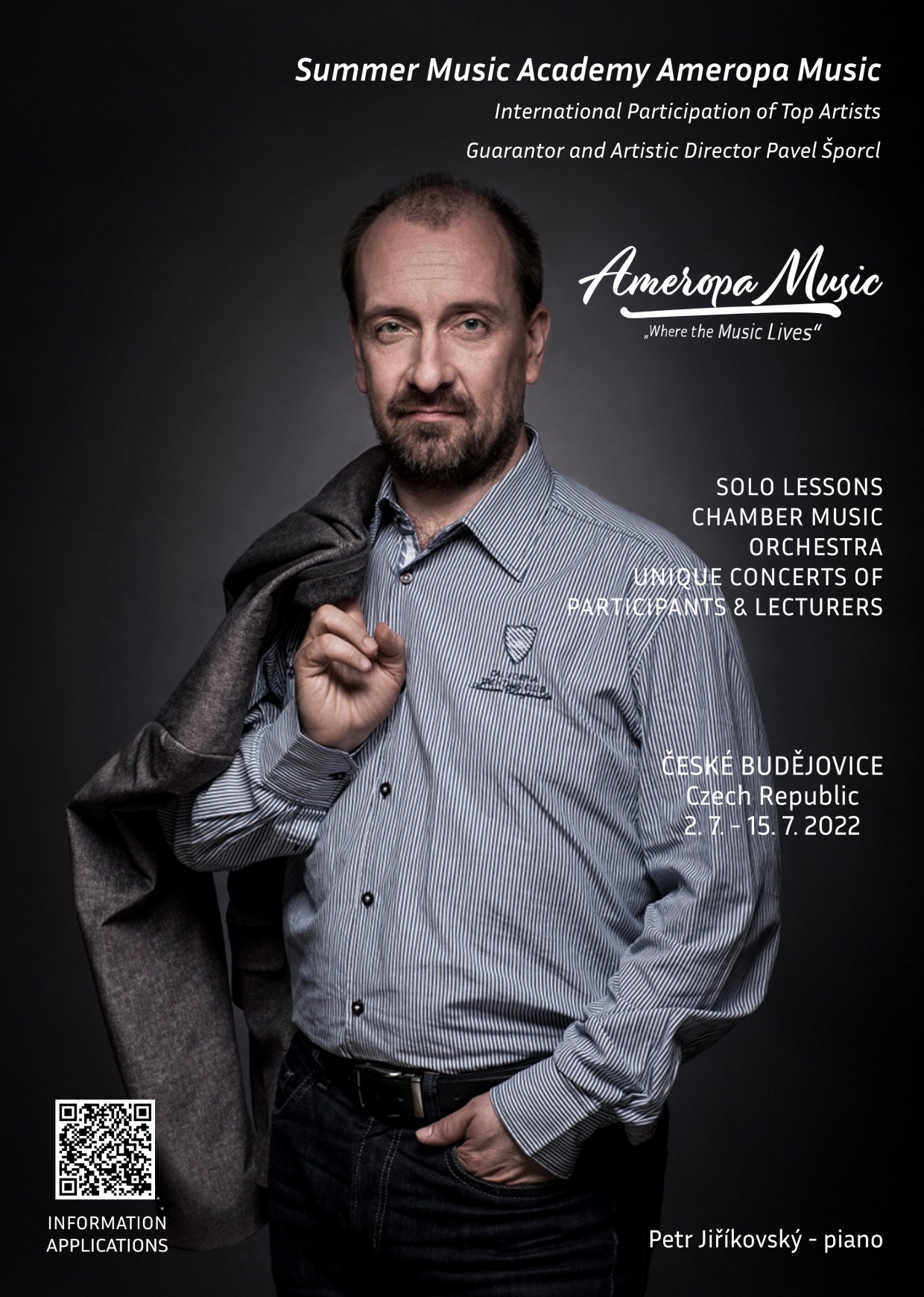 Petr Jiříkovský (1971), pianist and conductor, is one of the leading representatives of the middle generation of Czech artists. He started his career as a pianist at Prague Conservatory and Academy of Performing Arts (with Emil Leichner, Ivan Klánský), and continued at the Conservatoire de Paris, where he studied solo piano under Theodor Paraskivesco and chamber music under Itamar Golan and Eugen Indjic, and in Vienna (chamber music with Michael Schnitzler). He has received numerous competition awards in the Czech Republic and internationally, including a scholarship grant from the World Piano Competition in London in 1991, and absolute victory in the North London Festival Contest in 1992. With his colleague Daniel Wiesner he has made the world premier piano four hands recording of Bedřich Smetana’s My Country.

As a soloist and chamber player, Petr Jiříkovský has appeared at many major venues at home and abroad (Prague´s Rudolfinum, Mozarteum in Salzburg, Leipzig´s Gewandhaus, Munich´s Gasteig, Kyoto Concert Hall in Japan, etc.). He has also performed at various music festivals, such as Salzburger Festspiele, Schleswig-Holstein, Sion-Valais and many others. He has a long-lasting musical partnership with the world-class violinist Shlomo Mintz. Since 2008 he has been intensively focusing his professional activities on conducting.