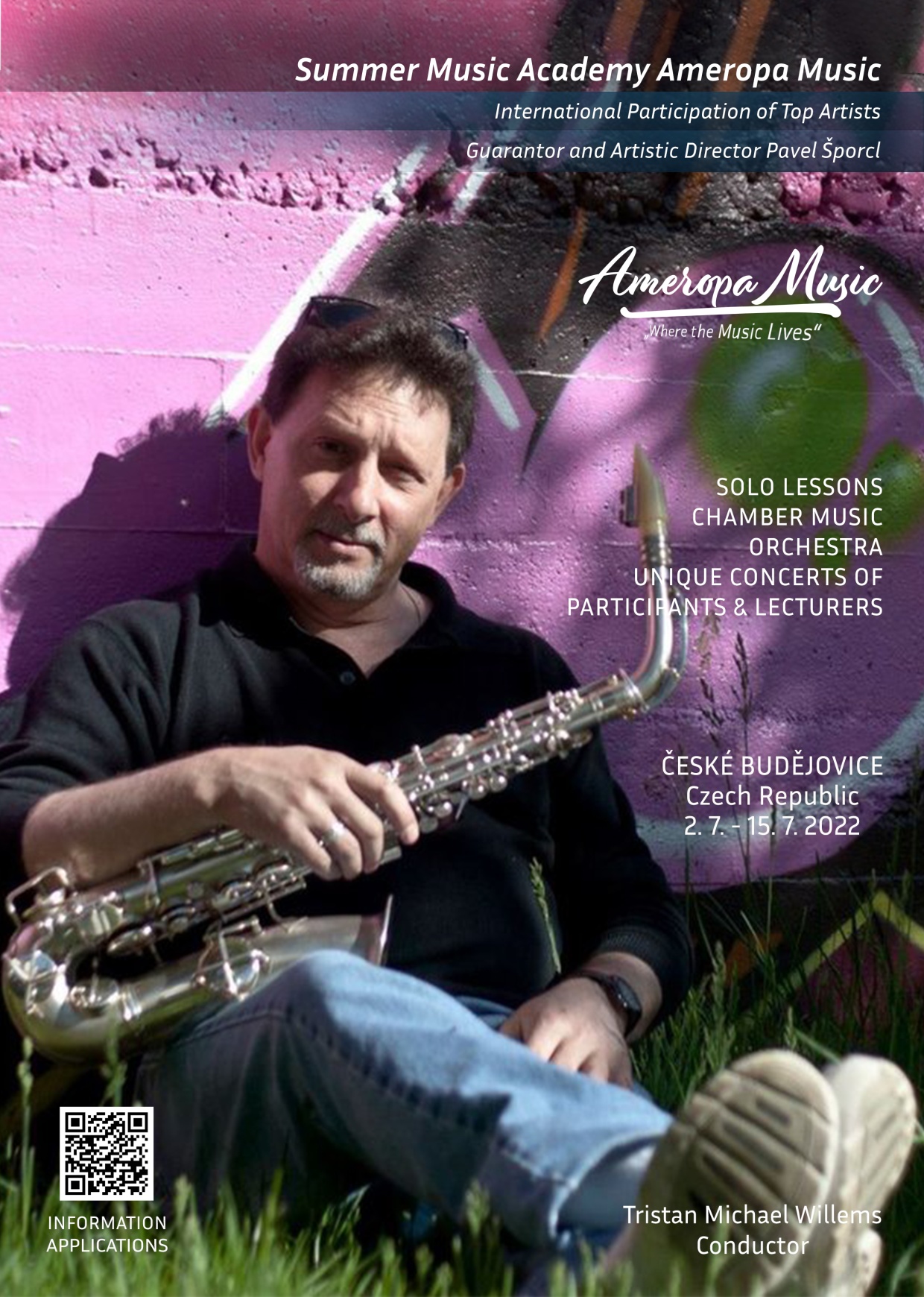 Tristan Willems received his formal music education at Northwestern University where he studied with members of the Chicago Symphony obtaining the first degree ever granted from that institution in Woodwinds Performance. Subsequent studies were taken at New York University and the Conductor’s Institute.

His career has touched virtually all facets of the music industry; he has performed and composed for the theatre, been a member of various orchestras in the United States (performing on Bassoon, Clarinet, Oboe and Saxophone), is the author of over five hundred compositions and arrangements, owns a music publishing house (Brazinmusikanta Publications and Willemsmusiik), has been vice-president of Jeffrey James Arts Consultants (an arts management firm), and founded 4-Tay, Incorporated (recording label).

From 1994 until 2002, Dr. Willems was Music Director and Conductor of the Britten-on-the-Bay Festival Chorus and Orchestra in New York. Also in 1994, he founded the Adolphe Saxquartette and has performed and commissioned many works in that genre the world over. The quartet was been invited to multiple World Saxophone Congresses and has performed at several of the North American Saxophone Alliance Conferences. In the United States, Dr. Willems has taught public school music and has been on staff at several colleges and universities serving as professor of conducting, music business, and applied woodwinds. As a conductor, he has worked with and recorded with the Slovak Radio Orchestra, the State Philharmonic – Kosice, the AÞena Kammersveit, the Czech National Orchestra and the Budapest Symphony Orchestra. Recently, he has taught at the Reykjanesbær School of Music in Iceland and was Professor of Woodwinds and Chamber music at the Edward Said National Conservatory of Music in Jerusalem. At present, he resides and works in Oppland, Norway and in Prague, Czech Republic.

This year Tristan will lead and conduct orchestra at the Summer Music Academy Ameropa Music.

Tristan has authored several articles and books; his latest project is preparing critical editions of the collected works of the Czech-American composer Jaromír Weinberger as well as writing his biography.