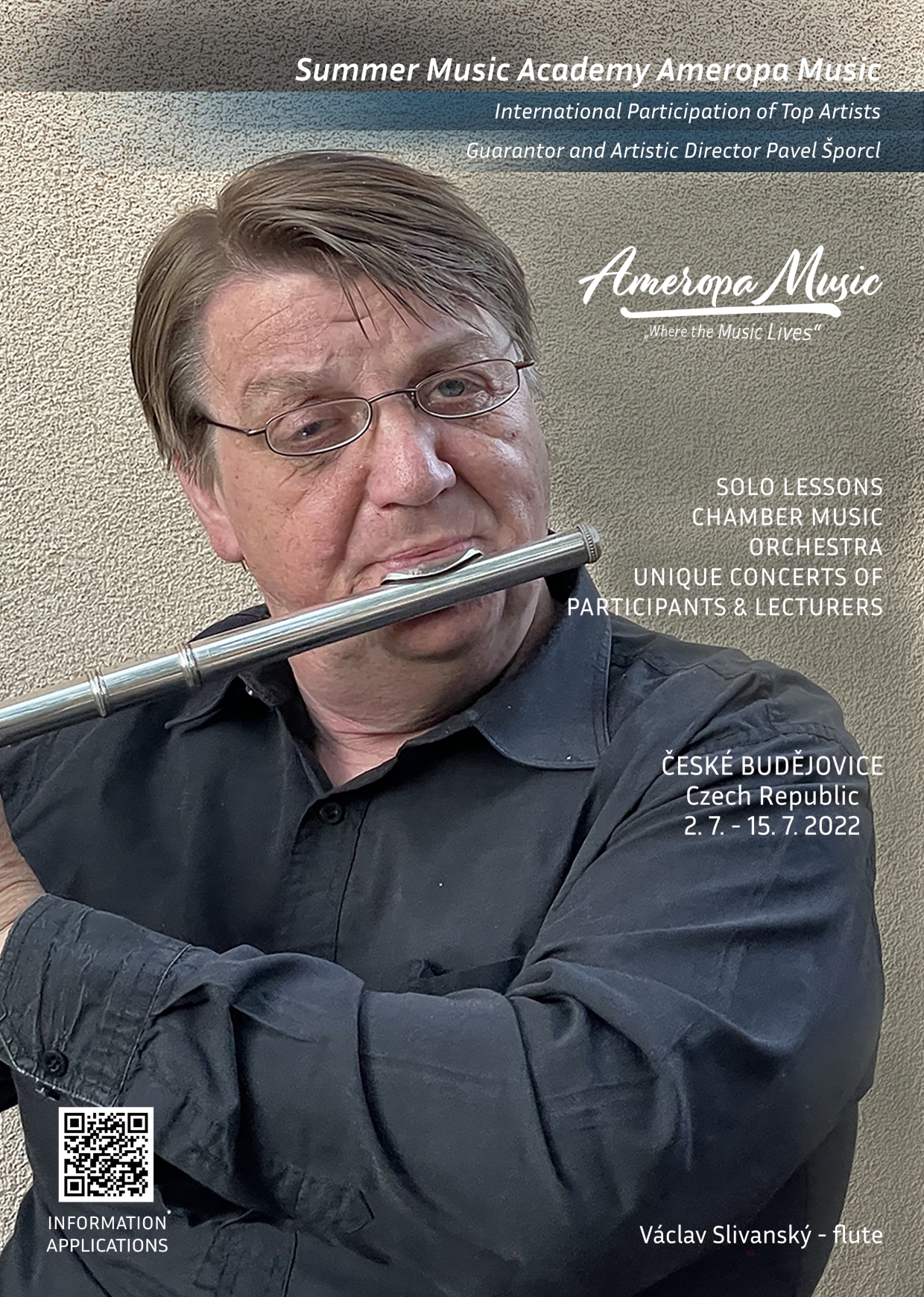 Václav Slivanský studied at the Prague Conservatory with Jan Hecl and at the Academy of Performing Arts with František Čech, where at the same time he also took part in the founding of the chamber ensemble Quartetto con flauto. Since completing his studies, he has been the first flutist of the orchestra of the Prague State Opera, and he has been active as a pedagogue for many years. He appears frequently as a soloist and a performer of chamber music.

In 1973 he founded Quartetto con flauto together with his future wife Ada Slivanská while they were studying at the Prague Conservatory. The ensemble, at 2008 year celebrating its 35th year of existence, was very successful right from the beginning, participating in several competitions and winning such honors as the Dušek Competition of the Mozart Foundation in Prague and the title of laureate at an international competition in Kroměříž. Over the years of its artistic activities, the ensemble has become highly regarded, giving concerts not only in the Czech Republic, but also in Belgium, Germany, Spain, the Netherlands, Poland, Hungary, Denmark and the United Kingdom. The ensemble has toured the USA twice and has represented the Czech Republic in Sakai, Japan, on the occasion of an Alfons Mucha exhibition.

Quartetto con flauto has made several recordings for Czech Radio (this CD contains a selection of those recordings) and for Czech Television. Two of its radio recordings represented Czech Radio in Paris in 1993 and 1994 at an international festival of contemporary music. The ensemble has a very large repertoire. Although the ensemble’s instrumentation predetermines its choice of musical material from the baroque and classical periods, this is counterbalanced by 20th-century music. Many works have been composed for and dedicated to the ensemble. The ensemble’s interpretations have been recorded on three separate compact discs (“Czech Classical and Contemporary Music” – Bonton 1990, “Czech Sonata” – Bohemia Music 1993, “Czech Contemporary Music” – Bohemia Music 1995 and “Quartetto con flauto” – Radioservis 2008). Compositions by Jan Jirásek and Lukáš Hurník dedicated to the ensemble are also found on CDs profiling those composers.