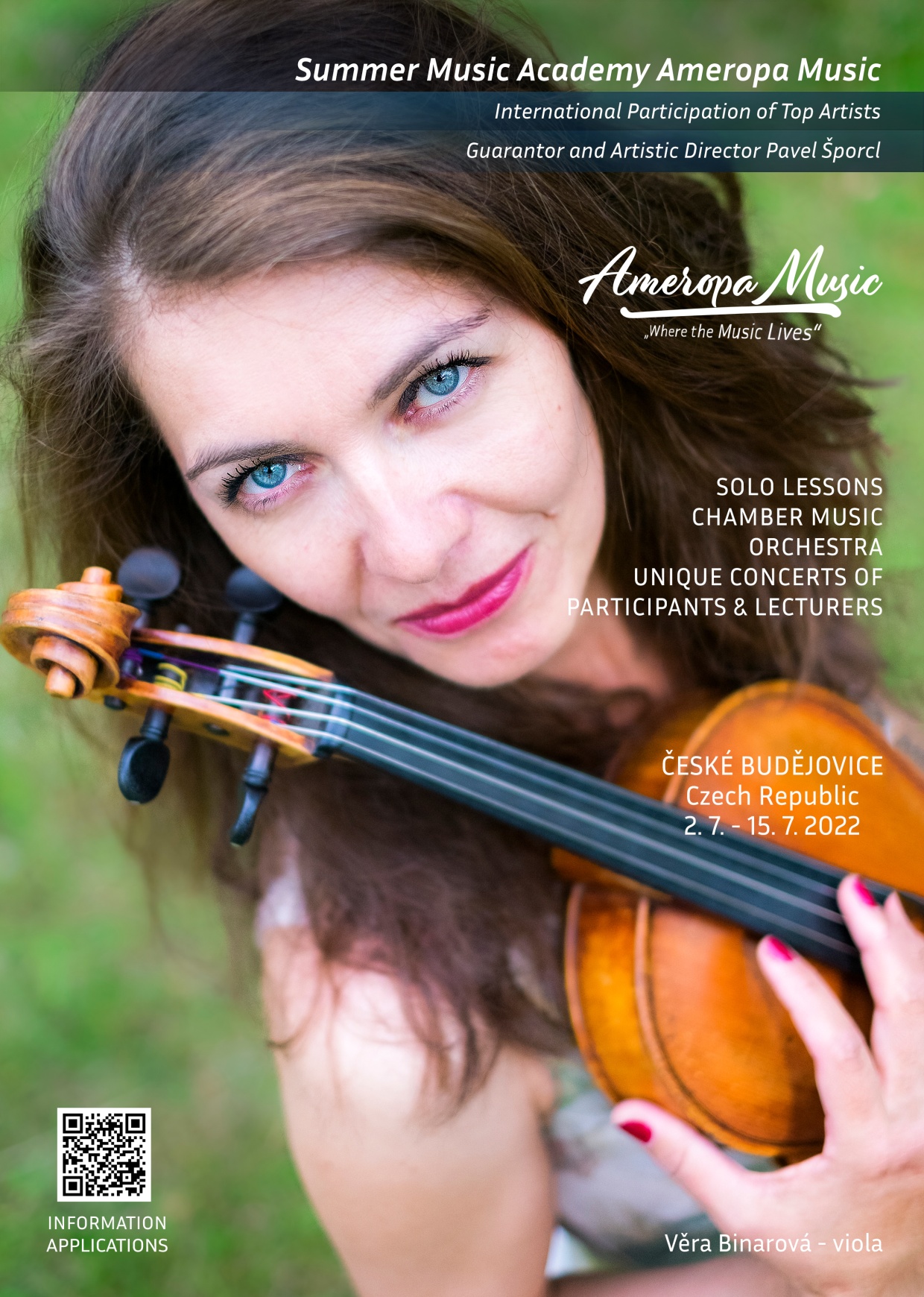 Věra Binarová studied at the Conservatory in Pardubice and Academy of Music in Prague. She continued her studies in music at the School of Music in Vienna (Hochschule für Muzik) and through private lessons with Prof. Marie Hlounová. As part of her education, she attended interpretation courses (Germany, Austria) and played in the orchestra of the Yehudi Manuhin Foundation (France 1991-92).

In 1994-2010, she was a solo violist at the Talich Chamber Orchestra where she performed in concerts in many European countries and Japan, and also participated in multiple CD recordings. Věra Binarová is also an active chamber musician. In 1998-2002, she was a member of the Jupiter string quartet and currently cooperates with the Capella Sancta Caecilia (Art Manager Ivan Ženatý). She is often asked to perform in chamber concerts as a chamber partner. Her first solo performance was in 1996 at a festival concert in Wiesbaden, Germany. Besides regularly performing solo with the Talich Chamber Orchestra, she cooperates with the Czech Radio Symphony Orchestra, Czech National Symphony Orchestra, Pilsner Philharmonic, Symphony Orchestra of Western Bohemia in Marianské Lázně, Philharmony of Košice (Slovakia) and Sant Gellert Festival Orchestra (Hungary). She also collaborates with well-known violists including Jan Talich and Shizuka Ishikava. She records for Czech Radio and performed in the Cycle of Chamber Concerts for the Czech Philharmonic at the Bohemia Magica Festival (France 2002), Sarajevos winter (2005) and the International music festival in Český Krumlov 2011.

Since 2006, she has been periodically performing with the Salzburg Chamber Philharmony. Her repertoire covers all the major works of the viola as well as works of contemporary Czech composers such as J. Filas, O. Mácha, A. Skoumal, J. Teml, L. Sluka. Besides all of her performance responsibilities, Věra Binarová has maintained a healthy viola studio and truly enjoys teaching. Since 2014, she has been a member of the Prague Symphony Orchestra FOK.